Greg is a principal of Monadnock and as President oversees all day to day aspects and functions of the construction company.

Greg came to Monadnock in 1998 as a Project Manager from a background in managing construction and development of affordable housing projects.   After successfully completing multiple projects for Monadnock, Greg became a partner in the company during 2002.   For the next several years he and Peter Hansen oversaw all aspects of field operations during a period of growth and expansion for the company.  Significant projects undertaken during that period and overseen by Greg include the multi-building Riverwalk project on Roosevelt Island, the Courtlandt Corners project in the Bronx, and the first phase of the Hunters Point South middle-income housing development in Long Island City.

The founder of Monadnock, Nick remains active in strategic planning and advising on Monadnock’s construction and development operations.

Nick Lembo was born and raised in Brooklyn.  He received a Bachelor of Architecture degree from Cornell University and in 1975, he founded Monadnock Construction.

Nick Lembo’s companies have built and renovated schools, hospitals, community centers and mental health facilities, commercial and retail buildings, affordable housing for low and moderate-income families, housing for the homeless, and luxury housing. Nick is considered one of the leading innovators in his field, producing developments renowned for their highly efficient construction and for their workmanship and quality.

Peter Hansen is a Vice Chairman and Principal at Monadnock Construction. Peter’s current role includes oversight and advising on operational issues, as well as continuing to play a key role in the company’s ongoing multi-phase projects at Compass Residences in the Bronx and Nehemiah/Spring Creek in Brooklyn.

Prior to joining Monadnock in 1984, Peter Hansen was a residential contractor and worked for an architectural firm and a not-for-profit housing organization.  Peter studied Architecture at the Georgia Institute of Technology.

Alphonse Lembo is a principal of Monadnock Construction, Inc., for which he directs all preconstruction activities, and Monadnock Development LLC.

Alphonse joined Monadnock in 2010 as an Assistant Project Manager after having worked part-time as a Laborer during his summer breaks from school. In 2016 he became Monadnock’s Director of Preconstruction. Prior to Monadnock he worked at Forsyth Street Advisors and JES Plumbing and Heating. He serves on the board of NYC Outward Bound Schools.

Alphonse received a Diploma from Stuyvesant High School, a Bachelor of Arts with honors from The University of Chicago, and a Master of Urban Planning degree from Harvard University (with a concentration in Real Estate Development and Finance). He is a LEED AP and PHIUS+ Certified Passive House Consultant (CPHC).

Anthony is a principal of Monadnock and directs all field and project management operations during construction.

Anthony O’Haire joined Monadnock in 2009 as a Project Executive and became a principal in the company in 2014. Anthony has 22 years of construction management experience and worked for various general contractors on large and small scale multi-family and luxury residential projects. He graduated from Trinity College of Ireland in 1994 with a degree in Mechanical Engineering

Aleks Yelizarov started as an estimator and is now a Vice President/Project Executive at Monadnock with over 15 years of experience in construction management and project development.

Aleks currently oversees planning and development of new projects, as well as leads construction teams on active projects under his wing. Just recently, his team has successfully completed a high profile large scale Passive House project, Cornell Tech Residential in NYC. Among other projects at present he is involved in construction and planning of several large scale Affordable Housing, Passive House Projects – a 16 story, 154 unit development in Bronx, NY, and a 28-story, 277 unit development located in Bronx, NY. 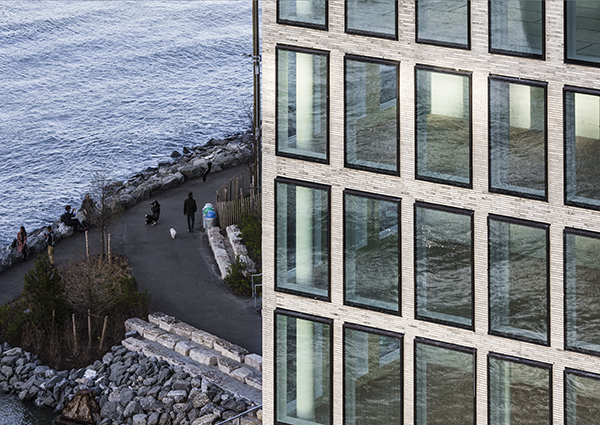